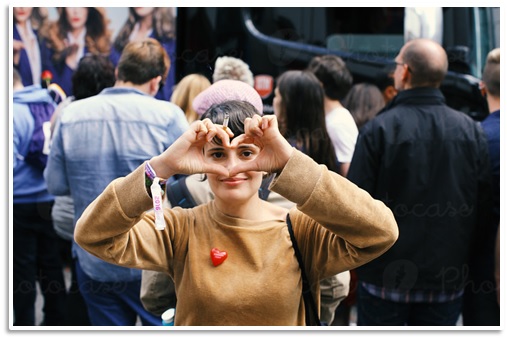 An Open Letter by Vin Sparks

First, let me make sure we’re all on the same page because someone may be agnostic but don’t know it – and that’s okay. Very few know the philosophical terminology of every belief system – least of all me.

Agnostic – a person who believes that nothing is known or can be known of the existence or nature of God or of anything beyond material phenomena; a person who claims neither faith nor disbelief in God.

Some modern agnostics will go as far as to acknowledge that a force of some kind may exist or have existed and was the catalyst for the creation of the universe, but will stop 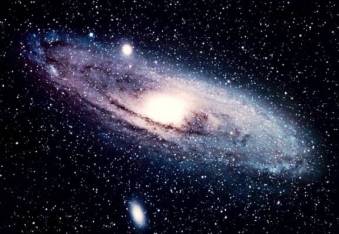 short of accepting the idea that this creator is a god in any sense of the word spoken of today.

This belief system leans more toward the concept of an impersonal universal power of some kind that may or may not be sentient. If this power is self-aware, an agnostic may say that it created the universe and sent it spinning off and has not interacted with it in any way since.

The main premise of the agnostic belief is that we just do not and cannot know.

If you think you are or may be agnostic, you may appreciate, as many agnostics do, a good discussion. I’d like to submit a supposition for your consideration.

It seems to me that sometimes, in world view debates (…err, ehem,) discussions about creation and the existence of God, overlooked are the more abstract aspects of the subject at hand.

The question of why comes to mind. For instance, why is there something rather than nothing? The agnostic has it right when he/she says we cannot know how the universe came into existence. A big bang seems to be the consensus between atheists, agnostics and theists of all stripes. We don’t know the how, but I am asking the why? Why should there be anything at all?

Something else that comes to mind (haha) is consciousness. Why are we self-aware? Why are we aware of our surroundings? Not the how, we discussed that in the Intelligent Design series of posts. I’m wondering why? As Darwinist Philosopher Michael Rose once asked,

Character is another mind bender. Not the question of societal acceptance of our character traits, but why a human being exhibits character at all. Why can we be empathetic, compassionate and forgiving? Of course, a more foreboding question, too, is why can we be callous, cruel and hold a grudge?

The fact that we can create is fascinating to me. How that we can have a vision of something that doesn’t exist, formulate it and work it into being is nothing short of astonishing…but why? We are a 10-45% mix of chemicals that, piled up, would be worth about $160. Why should we possess the capacity to create our surroundings?

Beauty! Think about beauty for a moment. Why do we become awe-struck at the magnificence of the Northern Lights? Why do we stand, take pause and gaze at the stars at midnight far from the city lights? What do you see in your mind’s eye when asked what is beautiful? Is it a waterfall hidden in a South American wilderness or the phosphorous glow of a Maldives beach? My question is – why? Why can a human being appreciate beauty?

And then, there is love. We can’t even describe what love is or where it comes from. We talk about coming from the heart, but we don’t know what or where that is. We do know it exists. Love drives us to create, to provide, to sacrifice, to build, to give. Why? We are a bag of tissue, skeletal material, membranes and hair. Why do we have the capacity to love?

The Christian, on the other hand, has an answer to the question of why. I am not going to stand here and tell you that I’ve absolutely nailed it, but I do know that much of the story can be read in the five “why” questions above.

It makes sense to me that there must be a creator. That’s the beginning of the answer to the question of why there is something rather than nothing. After all, the something we’re talking about isn’t a rock.

The something we are talking about is a human being – a race of beings who are aware of themselves and their surroundings, have the ability to and choose to care about one another, possess the capacity to create and then appreciate the beauty of what they’ve created and what’s been created for them. Finally, they can love and realize that love is the very center of their lives.

The creator of all this had to possess the same, to create it in the first place.

Love was at the very beginning. Think about it. A creator must possess the capacity to love to create a being that has the capacity to love, appreciate beauty to create a being that appreciates beauty. Our maker must be empathetic, compassionate and forgiving. Because He would understand that to be otherwise is destructive to what had been created in love.

God created us to be like Himself. I believe it was because…He was lonely.